December 2020: Discovery of four genes that lead to life-threatening disease in Covid-19

Within 5 months of the first critically-ill cases in the UK, the GenOMICC study discovered 4 genes that make people susceptible to life-threatening COVID-19. The findings are reported in Nature.

In some cases these lead us directly to therapeutic targets. Genetic evidence is second only to clinical trials as a way to tell which treatments will be effective in a disease. Existing drugs that target the actions of the genes reveal which drugs should be repurposed to treat Covid-19 in clinical trials.

In the first 2244 Covid cases in GenOMICC, we compared critically ill patients with matched members of the population from three other studies (UK Biobank, Generation Scotland and 100,000 Genomes). We found genes involved in two molecular processes - antiviral immunity and lung inflammation - were important in determining the development of critical illness. 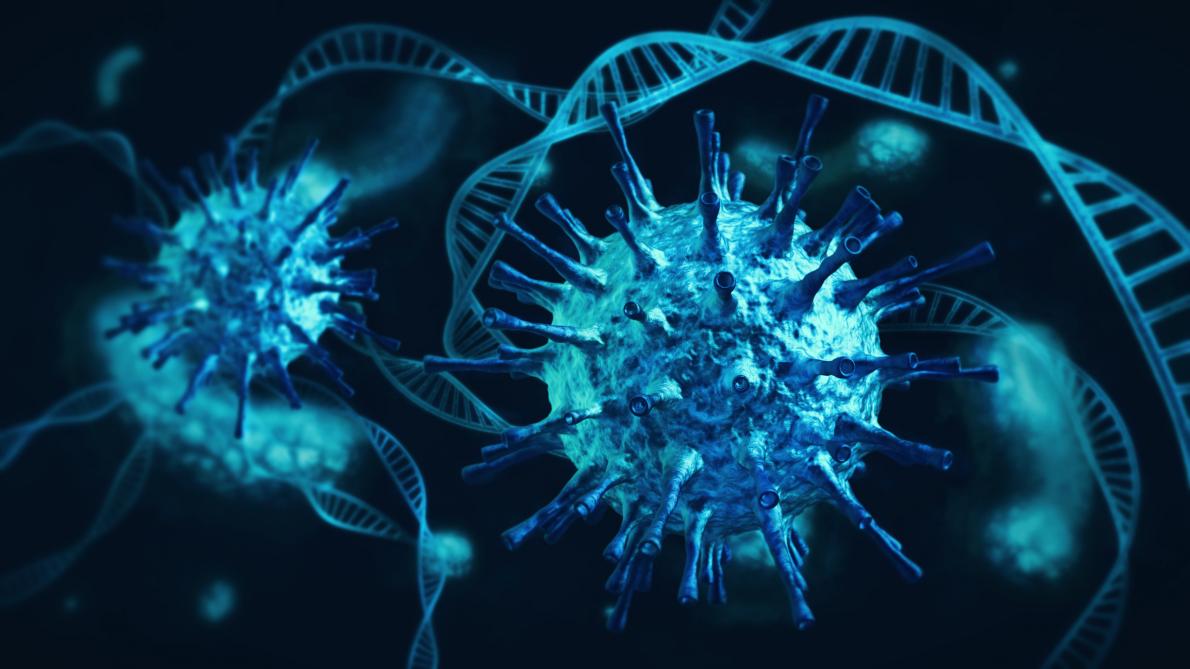 Although we know the DNA associations are real, we can’t always be sure exactly how these variants lead to disease. The most likely genes underlying each of the four new discoveries are IFNAR2, TYK2, OAS1, DPP9.

The action of some genetic variants is similar the the action of drugs - either increasing or decreasing the amount of a particular molecule or signal. We can use this to predict new treatments. For example, we showed that a reduction in the activity of the TYK2 gene protects against Covid-19. A class of anti-inflammatory drugs called JAK inhibitors, which includes the drug baricitinib, produces this effect.

The associations with disease are robustly confirmed in two other studies Covid-19 HGI and 23andme.